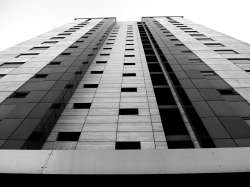 Time is running out for Tenant-in-Common Investors.

Between 2002 and 2008, the commercial real estate industry witnessed an explosion in the popularity of real estate investments in tenant-in-common (TIC) structures. TIC investments allow a small group of investors, as many as thirty-five, to co-own a piece of commercial property together. The co-owners are not involved in the day-to-day management of the property; however, they do receive a “pro rata” share of the property’s net income and expenses. The TIC structure may seem like a straight forward investment, when in fact, it is often quite complex and inherently risky. Not only is it dependent upon the continual performance and condition of the property, but also the overall health of the real estate market and the incentives of the loan servicer and the property manager, which are not usually aligned with the TIC.

The impetus for this remarkable increase in popularity was an IRS revenue procedure issued in 2002. The procedure gave comfort to investors and financial advisors that capital gains earned from selling real estate could be reinvested into TIC interests in revenue-producing properties, with no recognition of capital gains under the like-kind exchange rules of Internal Revenue Code Section 1031. Investors pooled assets with others to invest in TICs, owning everything from apartment buildings to office towers.

In 2004, the amount of equity raised for TIC investments in real property totaled approximately $1.7 billion (more than doubling the 2003 total).[1] 2005 saw approximately $3.2 billion in TIC equity investments, again, nearly doubling the prior year’s total.[2] The reported 2006 numbers showed a slight slow-down in the growth of TIC equity investments, but at $3.5 billion, the industry was still posting strong annual numbers.[3]   Between 2007 and 2008, the total equity of TIC offerings fell by 56% to $1.24 billion, according to Omni Real Estate Services LLC.[4] Equity dropped another 85% in the first two quarters of 2009, compared with the year earlier.

Beginning in 2009, a massive compression in value occurred across the commercial real estate sector because of the increased vacancy rates in Office, Retail and Industrial space.  These increased vacancies caused many TIC groups to face the reality of dried up cash flow and the prospect of cash calls.  Not all TICs have run into the vacancy issue, but what they are facing is the reduction in collateral value because of the environment of comparables.  Refinancing also is difficult because many deals were originally financed through CMBS (commercial mortgage-backed securities)—the most frozen part of the financial sector.

In response to the crash, in late 2009 the United States Treasury Department released new tax rules to make it easier for borrowers to restructure their CMBS loans. [5]   Before then the tax rules made it impossible for borrowers who were not in default to hold restructuring talks. Only those loans that are actually delinquent could be modified. The loan servicers were unable to preemptively modify terms to avoid default.  While the market has been very slow to respond and many TIC groups have already gone under five years later there are significant signals of recovery.   CMBS issuance in 2013 totaled approximately $75 billion, a more than 50% increase compared to the $48 billion in CMBS issued during 2012.[6] However despite this recovery, the CMBS sector has changed its underwriting guidelines.

The loan securitization market that once drove TIC financing has evaporated, with few signs of returning to meaningful levels, and portfolio lenders are entertaining fewer loans on commercial real estate.  Refinancing loans with 35 individual borrowers has not seen significant improvement which leaves an entire category of performing TIC loans vulnerable.  Many TIC transactions have notes that will be expiring during the next few years.   For instance, in the next 12 months, approximately $49.01 billion of CMBS loans (6.8% of the respective remittance data under review in this report) are scheduled to mature and will require refinancing.[7]  However, nearly 32% of those maturing are expected to result in liquidation rather than refinancing.[8]  This is because many of those maturing CMBS are loans to TIC groups.  The TIC structure is no longer a desirable composition to lend to because of the systemic risk associated with the TIC Agreements they are bound by.

Generally, the TIC Agreements require consensus amongst the individual TIC owners in order to take any action.  The unanimity requirement in turn makes planning and taking action challenging because most often the TIC owners are not acquainted with one another and have for the most part been passive investors in the transaction.  This means that even with recovery in the CMBS sector, TICs seeking loan extensions, modifications or debt restructuring, are still facing serious hurdles and will be even more so if interest rates begin to rise.  Thus TIC loans, whether in default or not, are especially susceptible to falling into the category of liquidation when the note becomes due.

For the existing TIC groups seeking to refinance, they will likely face lenders who require a single borrower rather than multiple borrowers as a condition to funding a new loan.  Generally, this will require TICs to contribute their interests in property to a newly formed limited liability company (LLC) or Delaware Statutory Trust (DST), which is often referred to as a “roll up” of their interests.  In addition, because property values have fallen and lenders have reduced the amount of permissible leverage, a refinancing may require significant additional equity capital.

Compounding the already difficult task facing TIC groups is the misalignment of incentives for those with the most leverage in the transaction.  As it turns out, liquidation by foreclosure on a divided chaotic TIC entity is actually more profitable for many special servicers and property managers. Most Servicer agreements have a conversion clause that converts the servicer into the management company in the event of default. The lenders and promoters already have it figured it out.  Many promoters of the original TIC entities are changing their names and now soliciting themselves as the TIC workout specialist.  This is a classic “make-it” then “break-it” cycle. The same was seen in the residential mortgage sector.

There are several types of Roll-ups occurring in the market space, which may allow an original investor some redemption/ and or protection of their investment.  However, there are several questions a TIC owner needs to ask.  First, who is my management company? Does my management company have an ownership interest? Has my management company acquired refinancing for any other TIC groups? Does my TIC loan have a special servicer in place already?  Does the special servicer stand to earn a “Special Servicing Workout Fee”?  What is the value of my TIC interest today?  Could my TIC interest be sold outright to anyone right now? If not, why? If so, why not sell? If the answer is because it is perceived to be distressed by potential investors and therefore they are only offering pennies on the dollar, the next logical question is what can be done?  Is the compressed value because the rents are at risk? Is it because the lender will not lend to thirty-five  individual TICs again in light of the recent fire storm?[9]  A thorough inventory of what the individual TIC owner is facing is important in selecting options.

Any TIC owner facing these questions needs to take a step back and do research of their own.  Ask the present management company when they plan to refinance. Ask them to provide a list of other TIC groups that successfully refinanced.  Check to see if the principals in the “workout” groups approaching the TICs are the same entities that actually structured these investment vehicles.  Overall, if you invested in TICs and are now learning that they are not as safe as you were told they were, there may be some options.  You might be eligible to file a complaint against the person or organization that sold you the TIC. You might be able to get involved in a new roll up entity.  You might even file Bankruptcy.  Whatever the decision, always be aware that Financial advisors and financial services companies have a responsibility to be completely honest with their clients regarding the true nature of the risks involved in their investment products.

If you have already done some of the above research and are ready to take action but are not sure where to start, please call Breen Olson and Trenton, LLP and ask for Managing Partner Dennis M. Breen.  Mr. Breen has been working with TIC groups for several years and has a broad understanding of the intricacies facing these investor groups.  800-283-3711

[4] Omni was dissolved in 2011 after a series of bankruptcy proceedings related to its transactions with syndicate DBSI Inc.