The Next Default Tidal Wave 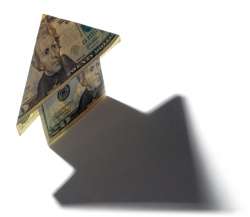 While most reports show an improving housing market, it seems that the fallout from the housing borrowing binge has yet to fully materialize.  According to Reuter’s Peter Rudegeair, “U.S. borrowers are increasingly missing payments on home equity lines of credit they took out during the housing bubble, a trend that could deal another blow to the country’s biggest banks.”

According to Steve Cook of Real Estate Economy Watch, “Nearly half of the nation’s outstanding second lien home equity lines of credit (HELOC) will amortize over the next several years, raising monthly payments and increasing the risk of a rash of new delinquencies that could result in new defaults and foreclosures.”  The reason is that borrowers will now be required to start paying down the principal on these loans, as opposed to just paying the interest.  Peter Rudegeair reports that this “shift can translate to their monthly payment more than tripling.”

Lender Processing Services and Equifax are now warning that aging HELOC loans written in the final years of the housing boom could result in a huge number of defaults.  Amy Crews Cutts, chief economist at Equifax, recently told mortgage bankers that the coming increases to homeowners’ monthly payments on these home equity lines is a pending “wave of disaster.”  Indeed, some forty-eight percent of outstanding second lien HELOC loan that were originated between 2004 and 2006 will begin amortizing over the next couple of years.  In fact, only fourteen percent of these second lien HELOCs have passed the 10-year reset mark, leaving a very large segment of the market at risk.

Peter Rudegair reported that more than $221 billion of HELOCs at the largest banks will amortize over the next four years, about 40 percent of the home equity lines of credit now outstanding.  According to Rudegair’s Reuter’s article, in 2014, borrowers on $29 billion of these loans at the biggest banks will see their monthly payment jump, followed by $53 billion in 2015, $66 billion in 2016, and $73 billion in 2017.

Equifax’s Crews Cuts believes that in terms of loan losses, “What we’ve seen so far is the tip of the iceberg. It’s relatively low in relation to what’s coming.”  By all accounts, absent a rapid improvement in home equity levels, 2015-2017 may well usher in a substantial wave of new defaults, causing notable pain to the largest banks’ balance sheets.

What does this all mean to you?  It means you should learn if you have a HELOC, when any payment adjustments will be triggered, how much is owed on it, and how much your home is worth. Once armed with these facts, you will be able to address any issues head on, rather then being surprised or caught off guard.  Perhaps call the Servicer on the loan in advance of any payment changes and discuss what options they may have available.  The most valuable tip is to be prepared and understand what you are obligated to so that your next move is strategic rather than reactionary.